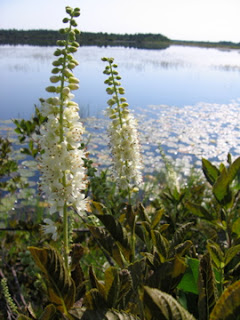 I went to the woods the other day.

The walk was intoxicating... It was clear and cool and I loafed in slow staggering steps, down a wooded trail along a babbling brook in a state park not far from our home. When's the last time you loafed, America! Can everybody say saunter? It was high time I just lollygagged (is that a cool word or what?) because the summer is slipping away and I've been Mr. Productivity too long.

There's a page in the Fellowship of the Ring where, touching the bark of a tree in Lothlorien, Frodo is deeply moved at how alive it feels, an ancient and vibrant life flowing through its veins. Amen, Frodo! Amen, little man! The time the Fellowship spent in those enchanted woods, under the protection of the Lady of the Wood, was timeless. Sam often wondered about it. It was as if they were in a different world altogether, not bound by the tick of clocks or the ringing of bells. The Greeks called it kairos time (human, creative, qualitative periods), as opposed to chronos time (tick tock, meet the deadline, quantitative time).

On my walk, I breathed deep and smelled the earth, I felt like Francis! And I remembered my Thoreau: "Live each season as it passes; breathe the air, drink the drink, taste the fruit, and resign yourself to the influences of each."

I discovered Thoreau's Walden when I was in high school (thanks Mr. Guagliardo!) and I found myself reading snatches of it constantly. Thoreau was like a secular St. Francis of Assisi, like a Francis Lite (great taste, but less filling). But his thoughts are true gems, polished smooth and pocket-sized for anyone who wants to plunge past the shallows and into the deep. I found Thoreau in a classroom, and he led me into the woods. Francis took me to the heavens.

As a Catholic revert, zapped by grace at the age of 15ish, I discovered that God not only poured his Grace and Love through the Bible and the Big Seven (sacraments) but also through His first Book, Creation (not to mention the little books of His sons and daughters who are always seeking Him in their studies though they may know it not).

It was clear to see that God had planted countless lessons for us in the rise and fall of the seasons of Creation, and in the rhythm of life of all manner of creatures. These miracles were like little love letters and poems for us to find. And with prayer and a sacramental vision as a kind of paint, we could on a mid-summer's walk splash a shimmering trail of signs pointing to God.

Sadly, I've met many "Conservative" Catholics who are afraid to read this book. They feel it's like dipping our toes in the waters of the New Age movement. But how can God's creation, when rightly viewed, lead anywhere else but to... God? You can't drown with the life-preserver of grace around your heart.

Sadly, I've met "Liberal" Catholics who have obsessed about this book, seeing God as somehow splintering off parts of Himself into it, and they are left with a pantheistic piety. A faith that gets bogged down in the fertile bogs of earth, "in the winds of the east, west, north and south." We should remember that the Spirit hovered "over" the waters in the beginning, not within them. That's what we mean by the term "supernatural."

I think we just need balance. Bishop Sheen nailed it in the following quote:

To materialists this world is opaque like a curtain; nothing can be seen through it. A mountain is just a mountain, a sunset just a sunset; but to poets, artists, and saints, the world is transparent like a window pane - it tells of something beyond...

So get out of here! Go take a walk today, and ask the beauties you see from whence they came.
And they will answer, "from above, where you shall one day dwell!"

What are the odds that you have two Wendy's that post comments??? Well, this is the Wendy with a y from Utah.

Utah is an amazing place to see God's magnificent wonders. All I have to do is wake up and sit on my couch and look ou the window at the most amazing mountains and watch the sun rize over them. Right now they are green and lush, soon they will be a live with color, then covered in the quite of winter.

All I see is God's hand in nature. I agree it is a great way to get to know him and contemplate what awaits us! Have a great day!

You are BLESSED! I had the chance to see Utah once a few years ago. I was in the Four Corners region. It wasn't Bryce National Park or Zion (what was the name?) but it was beautiful!!! We flatlanders out east have NO IDEA what a mountain really looks like! Or what the stretches of highway out there can be like! Well, enjoy God's country... I'm sure it pulls poems from you every time you gaze upon His masterful works.

Wow! I just discovered this blog through a friend on Facebook...I am a committed Christian who has "always" been a huge fan of Thoreau -- and have studied fairly thoroughly his influence on the more traditional religious thinking of his time (and its influence on him). Check out what The Teaching Company has to offer in this regard. My old Baptist cronies used to get his transcendentalism confused with transcendental meditation, etc. I left that life of simplistic thinking behind and despite sometimes extremely complicated theology, etc. I am living a much simpler, clearer, and saner life these days.

Thanks so much for the comment and the links. And for sharing your love of Thoreau! Come back again soon!