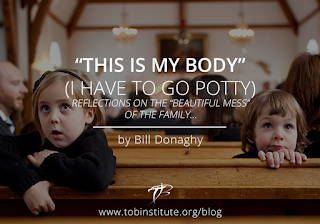 The altar bells had rung, drawing our eyes to the moment of consecration. Their pristine tones reverberated throughout the stone nave of our parish church where the silent faithful gathered to receive the Bread of Heaven. For a moment, even our pew, nestled full of our four children (ages 7, 5, 3, and 8 months) with my beautiful wife, was uncommonly still; hushed as if by the unseen wind of angels coming to adore the King of Kings Who even now was descending upon the altar. Then, at the exact moment of the elevation of the sacred host and the powerful proclamation of those words that have traversed the globe and keep the earth spinning on its axis now for 2000 years, “This is My Body…,” my five year old whispered in my ear, “I have to go potty.”

Talk about a convergence of cosmic proportions! A psychosomatic synchronicity of the human and the divine! Now some might call this a distraction from the highpoint of the Mass. But for those who know the wondrous ramifications of a study of the theology of the body, this was in fact an attraction for me to ponder the mind-boggling kenosis of Christ in His Incarnation! Yes, I’m serious.
This is my body…. I have to go potty.

As we fumbled out of the pew, past the other siblings, and the smiling older couple who shared our row (smiling, for they knew all too well this trek to the latrine after raising their own kids), I pondered the humility of the Most High God. He Who is Eternally Three did in fact in His body have to go number one. Now I don’t mean to sound in any way disrespectful or irreverent, and I fully realize that this all too human activity is one that we all exercise in private. But what struck me in that Mass, in that simultaneous instant of the bread becoming His Sacred Body and my daughter needing to relieve hers, was just that. How human it was. How humbling. And none of this was beneath Him Who made the stars in all their splendor. This daily ritual of ours was also routine for Him. He took it upon himself, the fullness of our humanity. Every part of it. The humility of our God here is truly staggering. 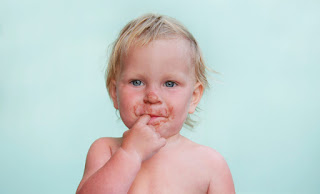 Throughout the Church’s history, men and women have grappled with the greatness of the mystery of the hypostatic union – the Divine Person of Christ having two natures. Many have overemphasized his divinity at the expense of his humanity, ending with overly spiritualized images of Jesus. Some in fact were heretical, gnostic notions like him never leaving footprints when he walked, or not blinking… ever. See the gnostic text Acts of John for those ghostly thoughts. According to the gnostic Apocalypse of Peter, the real Jesus didn’t die on the cross but hovered over it laughing at those thinking he was dying below (By the way, these gnostic – meaning secret knowledge – texts came centuries after the true gospels and only used the Apostle’s names to give authenticity to their claims).

These superhuman (or we might say inhuman) images of Jesus however do linger even in the most faithful of hearts to this day. How many of us still find it hard to imagine that he laughed out loud, ate spicy food, drank wine, relieved himself, had an occasionally scruffy and tangled beard, and certainly smelled after a hard day’s work under that Nazarene sun? But he did. Jesus most certainly did, or our faith in the Incarnation is in vain!

Our adorable Savior had a certain odor all his own. A unique pattern of freckles on his tanned and muscular forearms. A fingerprint that was and is forever only his. Jesus had a distinct color in the iris of his eyes. He had to trim his fingernails. When the Word became flesh and dwelt among us, walking his fields and taking in the fragrance of the flowers he made, I’m certain he occasionally sneezed. And sneezed in a way unique to him, just as we all do! 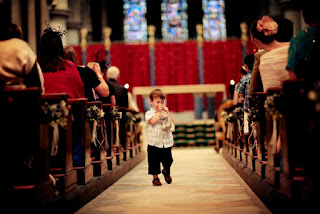 We shall one day behold all of these idiosyncrasies of the Incarnate Word. And he will gaze upon ours, and we will gaze for all eternity upon each others. All of us and each of us in this beautiful mess of the human family. What wonders! And all of this became my meditation that day in the middle of Mass, as I stumbled back into the pew with my little one, and nestled into the midst of the rest of our family. Wait, did we wash our hands? 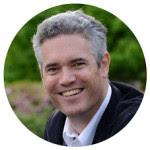 Bill Donaghy has spoken internationally on faith and the New Evangelization since 1999. Through his work with the Pontifical Mission Societies, Bill gave hundreds of talks on the spirituality of mission to young people throughout the greater Philadelphia area and beyond, creating a teaching and speaking ministry known as MissionMoment.org. He holds an Associates Degree in Visual Arts, a Bachelors in Philosophy and a Masters in Systematic Theology. In addition to his full-time work for the Theology of the Body Institute, Bill teaches at Immaculata University. He and his wife, Rebecca, live outside of Philadelphia, PA with their four children.
at September 15, 2016 No comments: