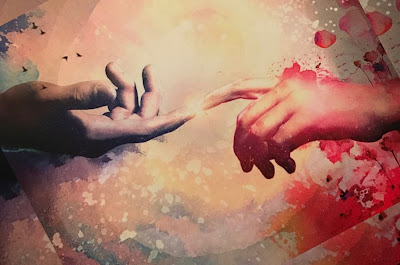 In a recent acceptance speech at the Golden Globes that instantly went viral, former talk show host and actress Oprah Winfrey addressed the deep wound that has been exposed all over the entertainment industry, American politics, and across the spectrum of the shared civic life of man and woman. In a general sense, that wound is sin. Specifically, from Miss Winfrey’s words, it’s the sin of the lust of men against women; the sordid sexual harassment of greedy men in positions of power who’ve abused their power to use women for their own selfish pleasure. Over the last three months, the cathartic revelation of this specific wound has been both horrific and healing. Oprah praised the brave women who were finally able to speak out, that they too had suffered abuse and she cried out the #TimesUp! It’s now time to set free “magnificent women” and “phenomenal men” to rise up and show us “a new horizon”, becoming “the leaders who take us to the time when nobody ever has to say ‘Me too’ again.”

Amen, I couldn’t agree more! It is indeed high time that these sexual scandals that have riddled Hollywood culture in particular for decades are now exposed. But how does one really “fix the problem”? How does one defeat this abuse of power and balance the imbalance in the relations between men and women? Short answer, start respecting and honoring the dignity of every human person. Even shorter and more effective solution, Jesus. But for Hollywood, that Holy Wood of the Cross still might seem a little too… demanding. The Truth Who can set us free just seems so binding.

For Oprah and the #MeToo movement, part of the answer lies in women being free to speak “their truth.” It’s a powerful step in the right direction, but my truth, your truth, still feels a bit like the furtive steps of Pilate as he circled around Jesus, asking “Truth? What is truth?” In the construction of more stringent policies in the workplace regarding sexual harassment, the same relativistic fog has been creeping in. “What is sexual harassment? What is appropriate speech and conduct in the presence of the opposite sex?” In this hyper-sensitive, politically correct age, it seems hard to find a hard and fast answer.

At the Golden Globes, in an effort to bring a clear light and some justice upon the abusers, the majority of women came dressed in black. This was powerful to see, and the solidarity should be admired. Their truth, which is fact the truth, is that ultimately a person should never be used or seen merely as a sexual object. To this we should all cry #MeToo! But then it got a little murky. Ironically, a number of the women’s gowns left little to the imagination of the lustful men they were meant to teach a lesson to about seeing women as sexual objects. To some, the irony was apparent, to others, apparently not, as in this US magazine article praising the “Nearly Naked Dress Trend” of the women fighting sexual exploitation and objectification.

The televised gala event then ended with the trailer for Hollywood’s very own latest installment of the Fifty Shades of Grey series, Fifty Shades Darker, in which a naive young college girl is further seduced and manipulated into a sado-masochistic relationship with a powerful billionaire man. Again, to some viewers the irony was apparent, to others, apparently not.

Back to the main question and a proposed way out of this conundrum. How do we stop men from sexually harassing and objectifying women? How do we set “magnificent women” and “phenomenal men” free? I say we call out the three elephants in the room, and they are not three men weighty with lust and lists of allegations. The three elephants who’ve been stampeding over the hearts and bodies and beauty of women and the role of men as stewards and protectors of women for well over 60 years: porn, contraception, and abortion. And both men and women are responsible for opening up the gates that let them in.

2. Stop using contraception which enables and rewards men’s (and women’s) lust without consequence.

3. Outlaw abortion which literally kills the fruit and final end of sexual love and also enables and rewards men’s (and women’s) lust without the responsibility of fatherhood (or motherhood).

We are made for more, and only if and when we can all let go of these idols, can we be free. The heritage of our hearts “is deeper than the sinfulness inherited.” Christ’s words “re-activate that deepest inheritance and give it real power in human life” (TOB 46:6). We “must rediscover the lost fullness of (our) humanity and want to regain it” (TOB 43:7). Christ the perfect Man “assigns the dignity of every woman as a task to every man.” And “he assigns also the dignity of every man to every woman” (TOB 100:6). Men and women are “called to a full and mature spontaneity in relationships that are born from the perennial attraction of masculinity and femininity. Such spontaneity is itself the gradual fruit of the discernment of the impulses of one’s own heart” (TOB 48:2).